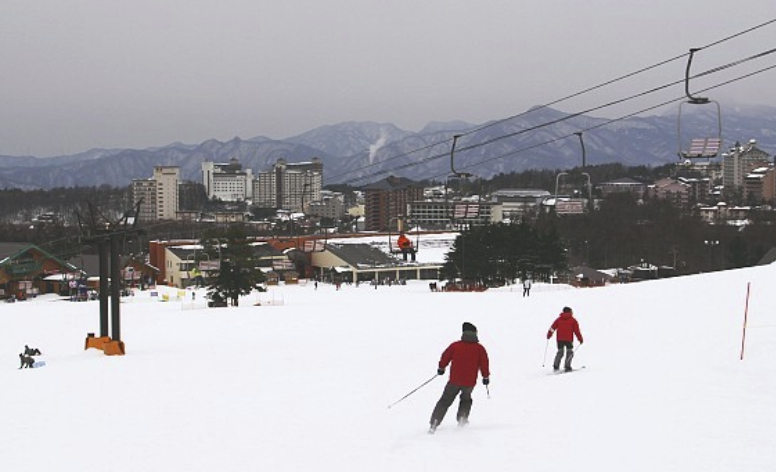 Winter in the North of Japan usually lasts long with a lot of snow, so this is also a good time to participate in outdoor winter sports such as skiing.

Not only famous for the slopes of steep slopes, many places here like Nagano, Gunma, Niigata or Yamagata also have famous hot springs located right next to these slides. What’s more wonderful than after skiing you can take a relaxing dip in the warm hot springs. Let’s find out where those interesting places are!

Kusatsu ski area was established in 1935 and is one of the oldest ski resorts in Japan. It was formerly known as Kusatsu International Ski Area, but since April 2018 the area has been changed to Kusatsu Onsen Ski Area.

Located 2,710 meters above sea level, this ski resort prides itself on its slopes and excellent snow quality. There was a sliding lock 8,000m from the top in the past, however, after the eruption of volcano Kusatsu-Shirane in January 2018, the slide was stopped.

Besides the ski resorts, there are also many children’s parks and kindergartens, suitable for families with young children. The ski season usually takes place from December to March every year.

Kusatsu Onsen is located about a 5-minute drive away by car. This is a very famous hot spring in Gunma prefecture which is on the list of the 3 most famous hot springs in Japan besides Gero Onsen (Gifu Prefecture) and Arima Onsen (Hyogo Prefecture).

Kusatsu Onsen is known as the hot spring with the highest amount of natural water erupting in Japan, averaging about 370,000 liters of water per minute. The water has a very high temperature, averaging between 50 and 90 degrees Celsius, so if you leave it alone, you can’t bathe.

So to cool down the water without using the water dilution method, the people here adopted the “Yumomi” method, by using a large wooden stick with a length of 180cm and a width of 30cm to stir the water. make the water cool and cool.