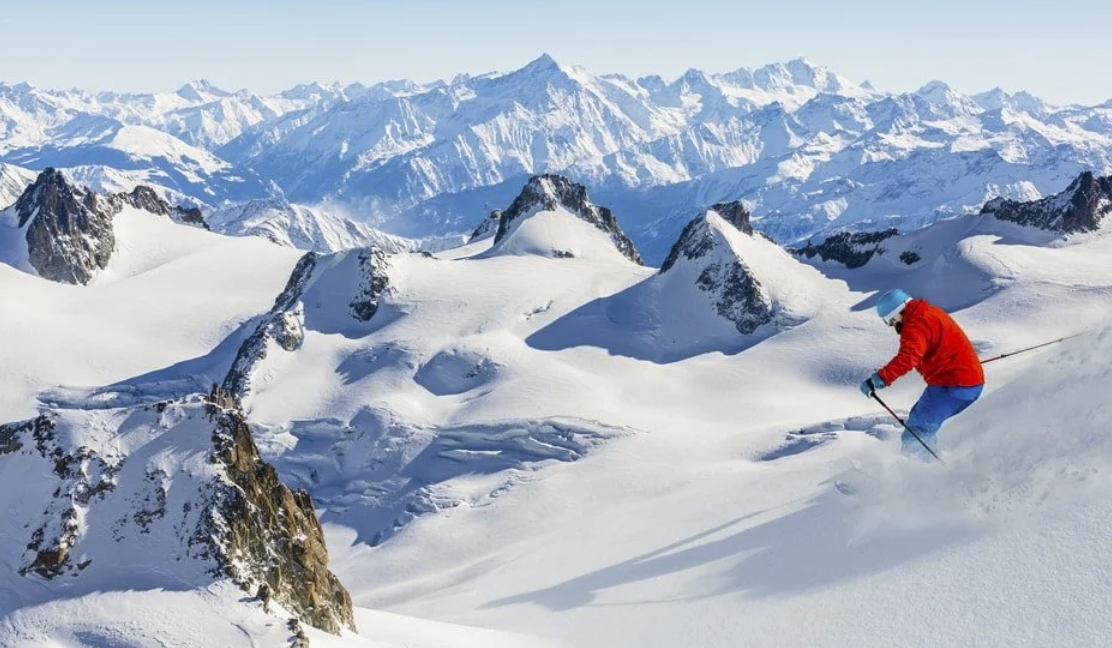 In many parts of the world, snow is like a nightmare. For example, in the city of Shirakawa-go in Japan, on average, the snow is about 1m thick each winter, causing traffic to slow, all activities are difficult.

Here are the places with the most snow to enjoy winter sports in the world.

Located at an altitude of 1,035m and with a beautiful view of the year-round snow-capped Mont Blanc, the small and beautiful town of Chamonix in southeastern France attracts millions of visitors each year.

In the summer, white mountain peak pulls visitors here to enjoy winter in the middle of summer and participate in many winter sports activities. In 2016, Chamonix had “suffered” an impressive 792cm snowfall.

This area used to have a world record for snowfall measured in one year. During the 1971 to 1972 season, an impressive 28.5m snow fell incessantly. Mount Rainier is famous for its superb views that stand out over the Seattle skyline, and at the foot of this giant volcano, there is a treasure chest – a beautiful national park.

The mountain is over 4,400m high and the mountain top is always engulfed in snow. Mount Rainier provides the region’s main source of water, with 25 large glaciers and a giant ski field melting in spring.

This area is also known as “Home of the worst weather in the world”. On average, each year the observatory in Mount Washington (New Hampshire) receives 716.7 cm of snow. Not only snow, but it also enjoys strong storms blowing over the mountains of Washington for 110 days a year. As a result, the surrounding snow thickens and is trapped in the nearby ravines.

The city of Aomori has covered with snow an average of 762 cm per year, as it is in a mountainous area but still affected by the ocean. The name of this city is translated as “emerald green forest” because when there is no snow, it will be surrounded by oceans and lush green lakes.

The ancient village Shirakawa-go located at the foot of Mount Haku-san, Gifu Prefecture, central Japan, was recognized by UNESCO as a world heritage site in 1995.

The village is famous for its houses of architecture called gasshō-zukuri, whose roofs are built with thatched roofs like hands participating in prayer. The houses in Shirakawa-go have steep roofs for the rain and snow to fall straight down. Mountains and forests occupy 96% of this village land, only 4% of land for cultivation.