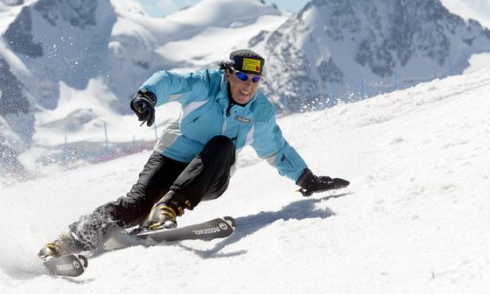 How do we choose the greatest female skiers of all time? Many of them excelled at winning the top prize in the World Cup. This is the list of top female ski athletes.

Janica Koselic stands out as the greatest female Olympic skier with four gold medals and two silver medals in Salt Lake City and Turin. If she is not forced to retire due to injury it is hard to try to win a medal at Vancover.

The most famous quote: The harder the situation, the better I do it. You only live once and therefore do whatever we want at every moment.

Vreni Schneider has won 5 medals including 3 gold medals in Calgary and Lillehammer. She is one of the most successful female ski riders of all time. She was dubbed the Swiss Athlete in the 20th century.

The most famous quote: Skiing is fun, but for me, the best thing in my life is staying home with my children.

Deborah Compagnoni has won three gold medals in three Olympics. She dominated Super-G at Albertville and GS at Lillehammer and Nagano. She also won a silver medal at the Slalom tournament in Japan. She grew up in Santa Caterina Valfurva and her family has a ski hotel named after her.

Anja Parson won the Slalom gold in Turin, and the HCB in Salt Lake City, along with four bronze medals in a three Olympics career – she also brought home the bronze medal medal in Vancouver. She was born in a small village of Tarnaby, a 3-storey resort with 500 residents

Katja Seizinger has won gold medals in Downhill in both Lillehammer and Nagano. She also won a bronze medal at the Super-G in Albertville and the GS in Nagano. The most famous saying: Skiing is a team sport, but when you start at the boot gate, you will be alone.

Hanni Wenzel was born in West Germany but she moved to Liechtenstein where she lived from a young age. She won the Slalom bronze medal at Innsbruck in 1976 and was followed by the Slalom gold medal and the GS at Lake Placid, as well as the silver medal at Downhill.