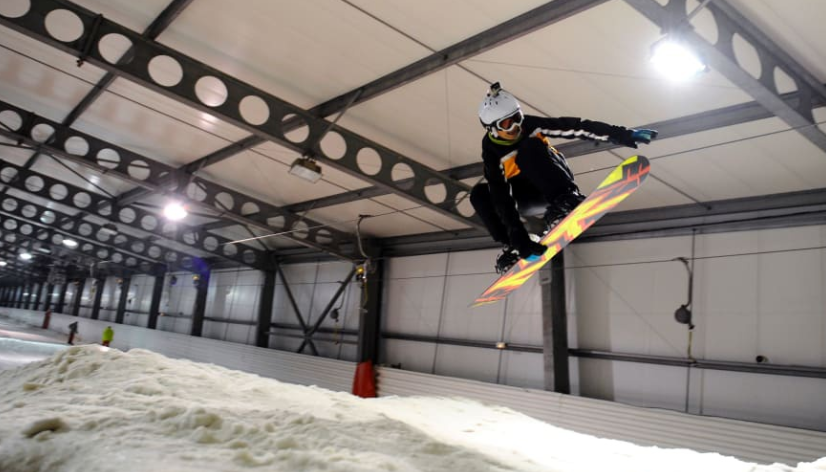 You are passionate about skiing, but not always possible. The ski resorts below will help you make your dreams come true whenever you want.

Throughout its nearly 100-year history, indoor ski resorts have continuously set records. No mountains needed, you can ski! Snow Palace in Berlin, Germany is the world’s first indoor ski area, opened in April 1927. In November of that year, another ski resort was also opened in Vienna, Austria. Artificial snow is said to taste soda.

In the 1930s, indoor skiing caused a fever, followed by small ski resorts in England and France. Not to be outdone, Saks Fifth Avenue also opens an indoor ski area in New York, along with a guide to learn how to ski.

Sverre Kolterud is showing off the air routes during indoor skiing at Earl’s Court, London, England in 1938.

Indoor skiing areas began to grow in Japan in 1960. Pictures of boys having fun on a slope of more than 300 meters at the Sayama indoor ski area of ​​Tokorozawa city in 1960. Show the area This ski is still open to this day.

In the 80s-90s of the 20th century, Japan continued to build the world’s largest indoor ski area in Tokyo (photo taken in 1996) including artificial snowy skies. SSAWS in Funabashi City was the largest complex in the world at its inauguration (1993), costing up to US $ 400 million.

Skier Jesse Augustinus taken in September 2017 in the SnowWorld Landgraaf ski area in the Netherlands. This is considered the largest indoor ski area in Europe, opened in 2002, with 5 ski ramps and 8 lifts.

Amneville Snowhall opened in France in 2005, which hosted indoor skiing championships in France and Europe. During the 2016 heatwave, temperatures below 0 degrees became the ideal hot spot, even for those who did not come here to ski.

Ski Dubai also opened in 2005, at the Mall of the Emirates. When opened, the venue becomes the first indoor ski center in the Middle East and the largest in the world.