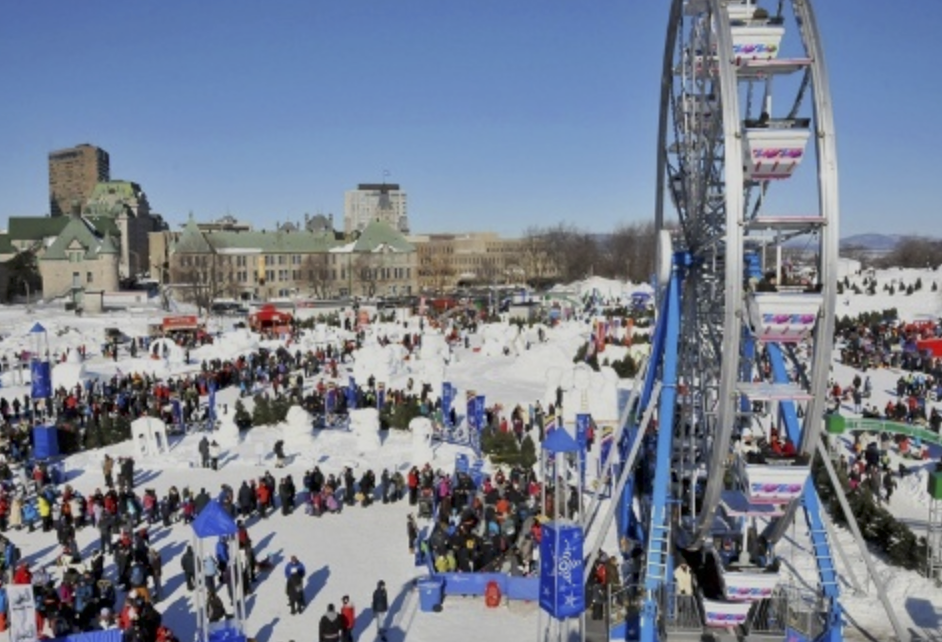 The Carnaval de Quebec, the Sapporo Snow Festival (Japan), or the Harbin (China) ice festival are all major events on New Year’s Eve attracting many tourists to visit.

The Chinese people are also eagerly awaiting the biggest annual publishing event in this country. Harbin – the capital of Heilongjiang province, is a city with severely cold winters, located northeast of China and near the Russian border, so it is affected by frosts pouring down from Siberia.

The cold winds are suitable conditions for the annual ice festival in Harbin city from January to February every year. The ice sculptures here are large, depicting many famous works.

The display area is especially impressive when it is lit with colored lights every night. Harbin city has a series of programs taking place in the chain of ice festivals such as sculpture competitions, exhibitions, skiing…

Canada is famous for its harsh winters and also attracts more than one million visitors to the Carnaval de Quebec – one of the largest winter festivals in the world.

Visitors have the opportunity to admire the ice sculptures scattered throughout the city of Quebec. Activities and events also bring many colors to the festival such as a masquerade party, an ice bath contest. This is also a good occasion for winter sports lovers.

Every February, people in Sapporo – the largest city in Hokkaido in the north of Japan – celebrate the country’s largest snow festival. The artifacts from snow and ice seem to be blown away with vivid and delicate beauty. The 2016 Sapporo Snow Festival will be held from February 5 to February 18, marking 67 years of the event.

The sculptures are diverse with many themes including temples, dragons, cartoon characters. The festival will take place at Odori Park, Sapporo city.