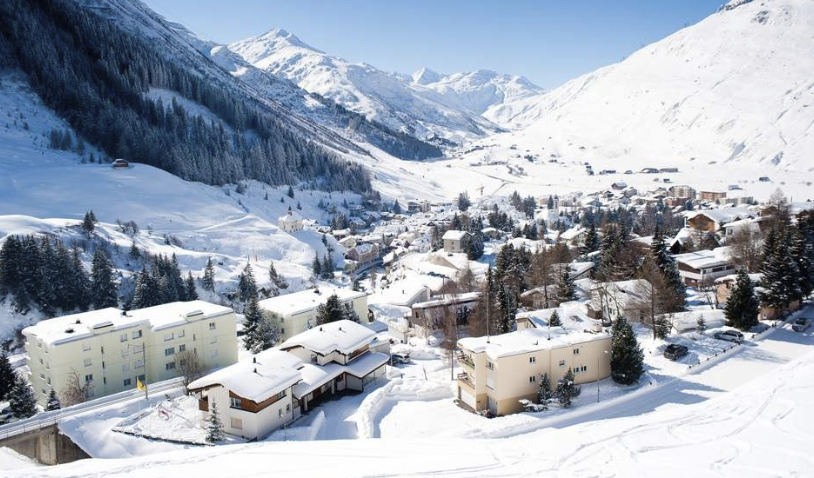 Here are the highly-recommended ski resorts to enjoy winter sports in Europe and North America. Let’s check out!

Andermatt’s previously sleepy little town is poised to become the largest ski resort in central Switzerland, and you can be there first, in front of the inevitable crowds. Three new elevators and replacement for some old ones are underway, linking the Nätschen ski terrain to the slopes of Oberalp and Sedrun.

The first main link elevator, a high-speed six-seater forklift, opened for the 2017/18 season, along with a two-stage gondola carrying eight skis, from the train station to Gutsch, at the top of the Nätschen region. These cars added two new high-speed six-seater seats installed last season and a few new trails.

Another high-speed six-seater will soon open, making access between the three areas even faster, followed next year by an eight-seat gondola and newer pistes with a total length of 90 km.

Most of these are intermediate trails, like the existing trails in the Nätschen area, and are completely covered with snow. Gemsstock heads to the north of Andermatt, across the valley with numerous ski trails and offshore terrain to challenge professionals, with a length of 900 meters.

Most limestone slopes have elevations between 2,000 and 3,000 meters, promising good snow even if other parts of Switzerland do not.

The three towns of Flims, Laax, and Falera are located in a valley below the top of Vorab Gletscher (3,018 meters) and La Siala (2,810 meters), whose summit is connected to towns by 235 kilometers of pistes; four snow parks; and the longest half pipe in the world, 200 meters away.

As you can guess from this, this area is a favorite of snowboarders and is considered Europe’s leading free resort for both amateurs and professionals. It hosts Burton European Open and Open Freeski Europe and other international events. More than 90 obstacles are divided into four snow parks; Curnius Snowpark has an Olympic-sized kicker line.