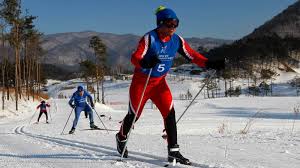 With recent heavy snowfall in the Alps, we are looking forward to the days until the ski slopes reopen for the winter season.

Here are some interesting facts about skiing

The word ‘Ski’ is origin from the old Norse word which means a small piece of wood.

Archaeologists have found ancient paintings in China from 5,000 years ago that demonstrated skiing.

Skiing was initially a form of transportation for local residents who lived in mountainous areas.

In the 16th century, confliction between Denmark and Sweden, canvas between skis were used to help carry the wounded, hence the modern term “stretcher” appeared.

The Norwegian army began forming ski battalions around the mid 1700s. Ski races may have originally began as military tools.

Alpine skiing was first appeared to the Olympics in 1936, but skiing became more famous as a recreational activity after WW2 when transportation to the Alps upgraded.

Snowboarding was created in 1965 by an engineer who combined 2 skis together and tied a rope to one end for more control.  He created it as a toy for his daughters.

You can now ski and board in over 97 countries.

It’s estimated that approximately 25% of the populations of Austria, Norway and Switzerland know how to ski.

Skiing is one of the fastest non-motorised sports on land as it allows faster transport than a car – for example in 2006, Simone Origone set a world speed record when skiing at speed of 156.2mph.

The record of the longest ski jump is by Norwegian skier Anders Fannemel from the height of 251.5 m in 2015 which is higher than two football pitches.

St. Bernard of Menthon is the patron saint of skiing, snowboarding, hiking, and mountaineering as built the famous monastery and hospice  in a treacherous part of the Swiss Alps